Kingston-born poet Kei Miller had the audience hanging on to his every word as he performed at this year’s Cultural Exchanges Festival, charming the audience with a combination of subtle humour and political discourse.


Miller read poems from three of his collections, but primarily focussed on his most recent, The Cartographer Tries to Map a Way to Zion, which charts the conversations had between a struggling cartographer and a Rastafarian who tries to show him that what’s not on the map is bigger and more important. The sequence slips between standard English and Jamaican patois as the two converse, which distinguishes the two distinct voices of the characters in an often humorous but profound manner.


Miller also performed a touching poem titled 'A Prayer for the Unflummoxed Beaver,' which was written for a friend of his who was very ill and was inspired by an encounter with an unfazed beaver in America.


There was an impressive turnout to see Miller, as spectators braved the bitter weather to see him perform, and he certainly warmed our hearts. The lecture hall was full of Kei Miller fanatics, clutching copies of his work and in awe of his presence. He has definitely gained another fan in me. 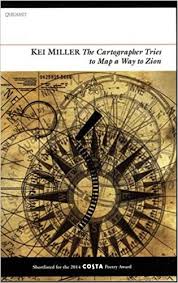